Interesting Facts About The Titanic – Things You May Never Knew 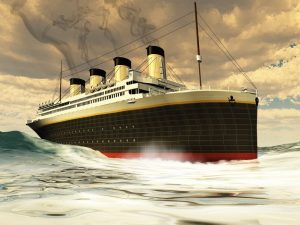 In this article, you can read some interesting facts about the Titanic and its terrible fate.

RMS Titanic was the world’s largest cruise liner when it left on his inaugural trip from Southampton, England to New York, on April 10, 1912. Three days after leaving, at 23:40, on April 14, 1912, the ship collided with an iceberg and sank at 2:30 the next morning; 1514 people out of 2224 have lost their lives in one of the world’s most terrible maritime disasters in history. This historical tragedy captured the curiosity of many artists who depicted this event in many Titanic art paintings. Here are some interesting facts about the Titanic that you may not know already.